Fostering Independence: In the Kitchen

March 07, 2011
Last week I wrote about how we have enabled Gess to fix her own breakfast cereal each morning in my blog Fostering Independence: Breakfast Cereal. Well, that is only one of the ways we have helped Gess to be more independent in the kitchen. We actually started activities like this at a very early age.

When Gess was a preschooler I found her to be very destructive. After raising two boys, I was surprised that this quiet little girl seemed to make more of a mess than they ever did. It was not just that she was "messy" but she was getting into things she was not supposed to. After several times of finding broken eggs on the floor, I decided I had to try to figure out how to stop it. Instead of just applying discipline I first wanted to figure out "why" she was so determined to get into the fridge. It was then I realized that she was simply trying to be like mommy. Instead of punishing that behavior and locking her out of the fridge, I decided to try a different approach. Why not find ways to let her use it?

Gess was still drinking out of a sippy cup at the time so I started keeping one of them filled with juice in the fridge. I showed her where it was and when she asked for a drink I would encourage her to get it herself. So sometimes when she was thirsty she would go get her own drink. Having just one thing you were allowed to touch in the fridge is not that fun though, so I looked for other things I could let her have. We started getting snacks like individually wrapped cheese chunks, cups of fruit, and yogurts for her to have. She would still need to bring them to us to open, but she seemed so happy to just be able to get them by herself. The incredible part was I really did stop finding broken eggs on the floor of the kitchen! We still keep juice boxes in the fridge so she can still get her own drinks and snacks. We also have a snack basket in the pantry of non-refrigerated healthy snacks for her to grab too.

Now that she had a couple of things she could reach on her own, We began to make other things easier for her to access as well. All my cabinets are very high, so we started keeping her small plates, cups and silverware within reach on a shelf in the pantry. When she got old enough to reach the silverware drawer we started teaching her to set the table. You can get place mats with all the dishes in place for them to use, but we just made one out of paper and had her follow that example. 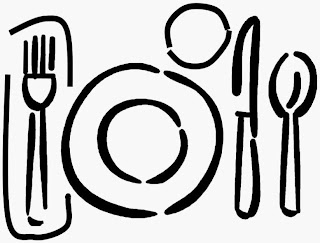 She just loved feeling like she had the freedom to get things herself and that she was helping to share in the responsibility at meal time, just like mommy and daddy. Of course every kid loves to help cook and I let her help do that whenever possible. We actually try to make baked goods as gifts.

Making playdough is also a fun way to use the kitchen. You can finds tons of recipes at PlaydoughRecipe.com. Then after you make the playdough (with adult supervision of course) you can give them lots of cooking utensils to us as they play with the dough. 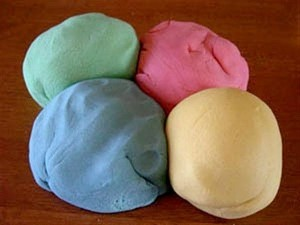 It's also a good way to practice cutting food without making a mess. I am excited because Gess has just finally started cutting her own food rather well. 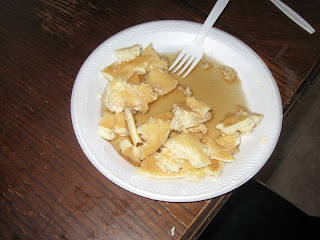 Gess just seems to love do anything I do. She even loves putting the garbage bag liner in the trash can when I take out the trash. Every time she hears the sound of me whipping the garbage bag to open it up, she comes running. So that is her job now, I take the garbage out and she puts the new liner back in. It's funny what things seem so fun for a child to do!

Then of course, I think every kid loves to help wash the dishes. Getting a bunch of plastics dishes in soapy water is a fun way for them to "clean up." Here is Gess doing that when she was much younger. 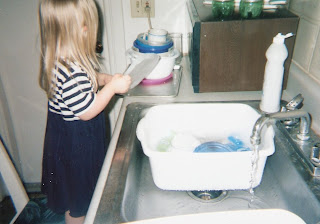 You have to be careful though because sometimes they want to just jump right in! 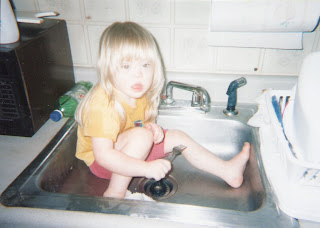 suelmayer said…
Love this post. I'm always working with Sam on fostering independence, cooking is our latest pursuit. I love the placemat idea too!
March 7, 2011 at 9:02 AM

Popular posts from this blog 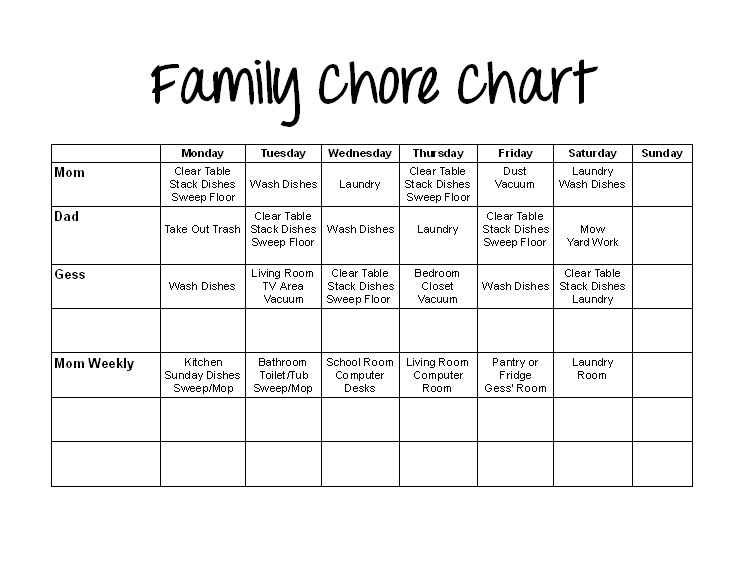 You know chore charts are not just for children.  As I have been struggling trying to keep the house work up among all my summer activities, homeschooling projects, exercise, blogging, church activities and other every day life events I realized that I needed a hand.  Since Gess is getting older and taking on more responsibility I though it was a good time to put some order into her routine of helping.  Then Chelsie gave me a great idea that she uses.  By breaking up my weekly chores into daily tasks I don't have to give up an entire day to nothing but cleaning house! Taking her idea and breaking up the daily chores I came up with the following list.  There is one for each of us and an extra one that goes beyond the standard chores.  It's the stuff we do at least once a week to keep our house neat and clean.  What I love about it is that if something happens on that one day I had set aside to clean the house, it doesn't mean that my entire house gets neglected for anothe
Read more

We had the opportunity to review Keyboard Town PALS this last month and I have to tell you, I am absolutely amazed with the results! Keyboard Town PALS is a program for teaching children to type and it worked really well for us! Typing is a skill that I feared would take Gess (who has Down syndrome) forever to learn. In fact, we had tried other typing programs and teaching her myself, but it never seemed to take. So Gess has been doing what many kids (and some adults) do; hunt and peck. Gess has been on the computer enough to where she actually knows where most (if not all) of the letters are. It's her motor skills that were the most challenging. So the first time we logged on to Keyboard Town PALS I couldn't believe how easily she picked it up! This program is so child friendly and very helpful for kids with special needs like Gess! Here is how it works. You are guided through "Keyboard Town" by a fun and bubbly character named Sunny (OK, my husband sai
Read more 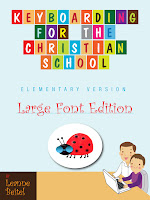 Keyboarding for the Christian School is a printable e-book that helps you teach your student or child to type.  They have two typing courses, one for grades 6 and up and one for elementary school that comes in both regular and large print.  We were given the large print elementary school edition of the Keyboarding for the Christian School for the purpose of my review. Keyboarding for the Christian School is geared towards teaching your student traditional typing skills that will help them not only to learn how to type on the keyboard but how to do so without looking at the screen.  While computer based typing programs always have the children looking at the screen, this technique teaches children the more off screen approach to typing that will normally be used in a school or professional capacity.  The book begins by explaining technique, posture, and key placement.  I actually didn't realize that it was best to sit with the J key opposite your belly button, so even I lea
Read more

Lori
I am a Christian homeschooling mom of a daughter who has Down syndrome who is almost done with school. As I venture through life entering my 50's I am just trying to live out my faith, care for my family, and write.